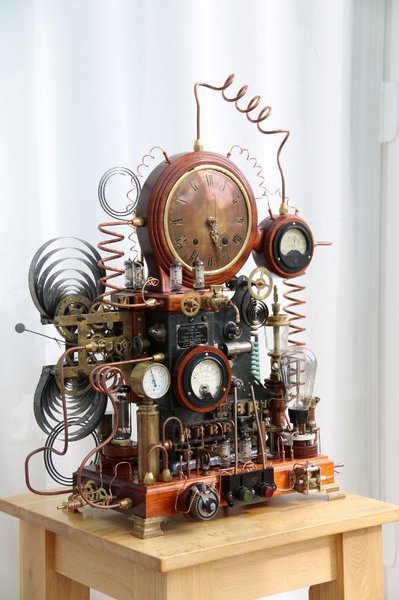 It is made from Mahogany and there are many antique and vintage parts on this clock, including :-

Oak off HMS Victory, which was at the battle of trafalgar - 1805

30 mm Brass Shells (x 2) fired from a Harrier Jump Jet into the 'Wash' off Lincolnshire, when doing target practice. These Shell casings had been in the sea for 25 years, to be salvaged, restored and turned into'steam boilers' for this Time Machine. 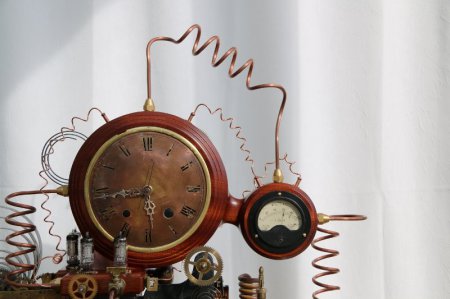 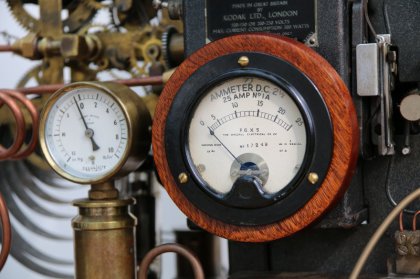 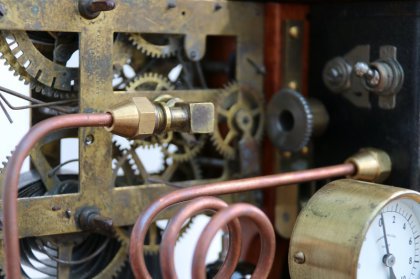