At the same time it is believed that he was working on an unfinished secret 'machine' that would use untapped electro magnetism to bend the very fabric of space, using tbis, he was believed to have initiated time travel.

The 'Tesla 1891' (the year the coil was invented), is thought to be part of that secret project! 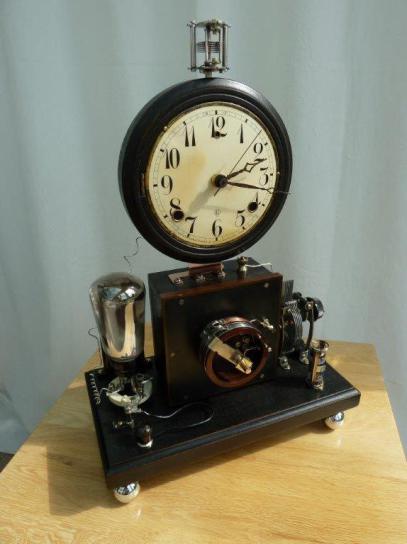 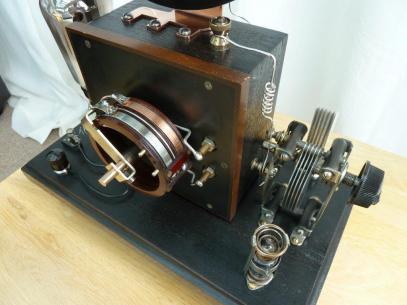 The main body of this piece is a Cambridge Instrument Co "Constant Inductance Reheostat" No 86335  circa 1940 (The next image shows the condition that it was in before it was restored for this time piece). It is a beautiful piece of electro engineering. 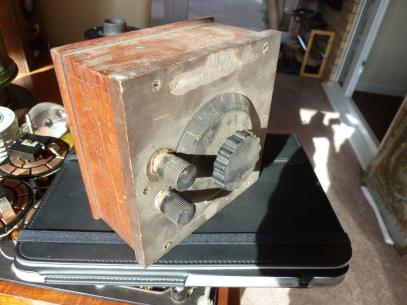 This vintage Rheostat is just gorgeous in it's neglected state, and this just had to be reloved and recycled with a future life and purpose. It is the Mahogany body and the internal components that can be seen on the time piece. The Mahogany is sanded to bare Wood, Ebonised, then given 4 coats of Danish oil; then waxed with a quality funiture polish. All the wood on this piece is kiln dried hard wood, that is Ebonised, to give it that 'Victorian' look. 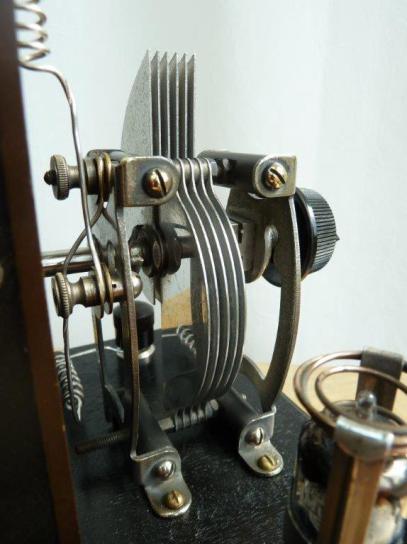 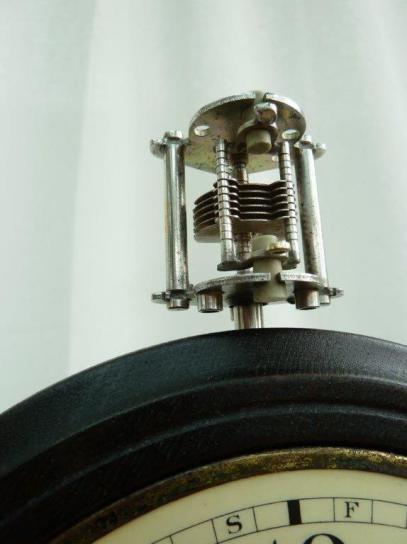 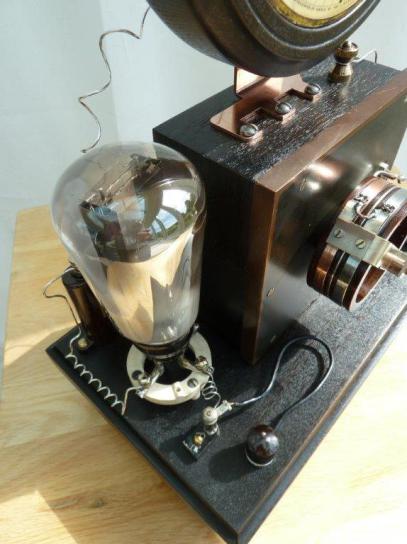 1950s large Valve and Ceramic holder. All the wire is Silver Plated Copper. 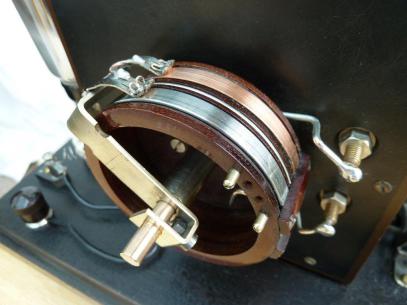 Close up of the Cambridge Constant Inductance Rheostat, showing some great vintage engineering. 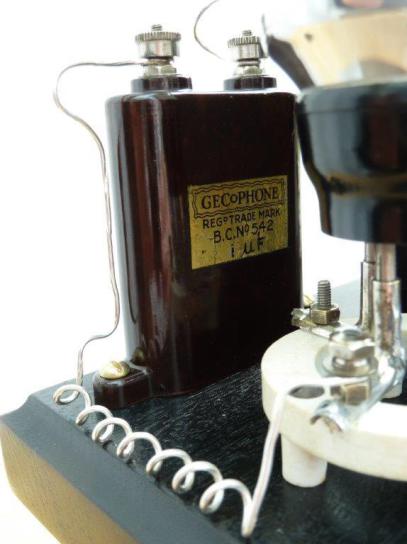 1920s GECo BakeliteTransformer, which has beautiful colouration and looks nearly new for being a century old. The Base is Mahogany, with a routed edge and then Ebinised. 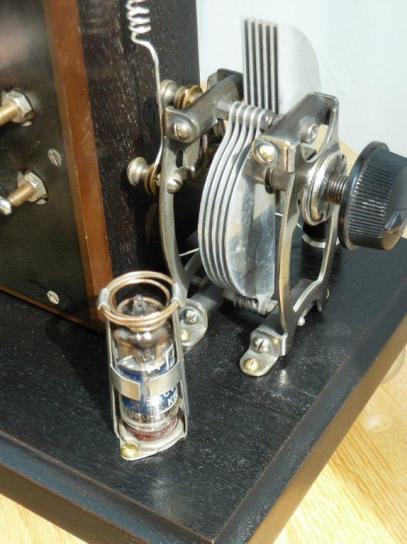 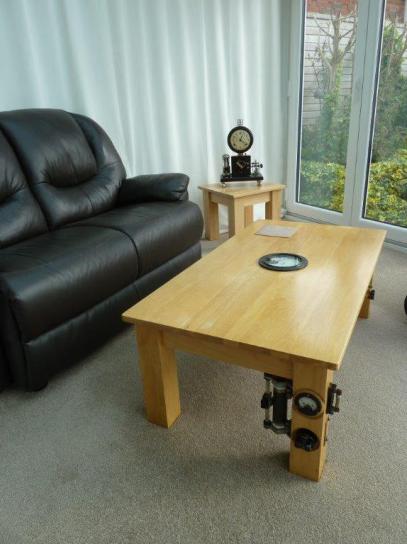 The clock face is Victorian, from around 1890. It was manufactured by William I Gilbert, and is from Connecticut in America. It has got the most beautiful patination and has aged most gracefully. The clock face surround I turned from a piece of seasoned Oak that I have had for the last 25 years. It was then Ebonised and Danish Oiled.