On this sculpture I have created 4 lookout towers attached to this rare World War 2 - R1155 Receiver. It is off a Lancaster Bomber.

There are 7 aircrew in the towers, the same number of crew that it took to fly the missions over Germany on the bombing raids. On these night sorties many of these young men never returned. Their friends and pals they had seen in the canteen the previous day, had just vanished, not knowing if they had been killed or 'missing in action'. The 7 crew looking out of these towers on this sculpture, represents each ones turmoiled subconscious, as they desperately look for the return of their missing friends. 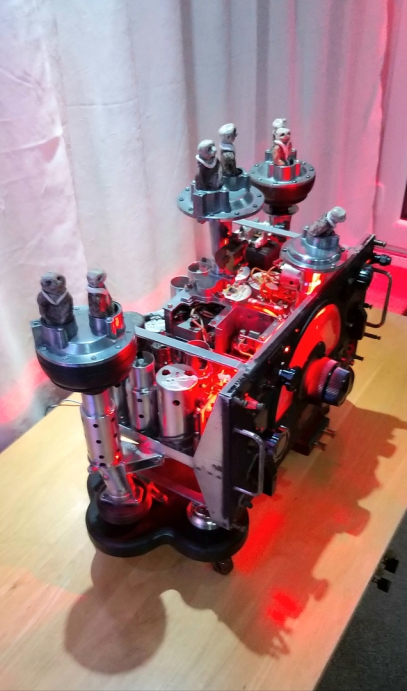 When creating this piece, I did not damage or drill any part of the receiver, out of respect that the radio had come from a war time Lancaster Bomber.

The receiver was missing one of it rare electron valves. After a months search a replacement valve was fitted to make it complete again. 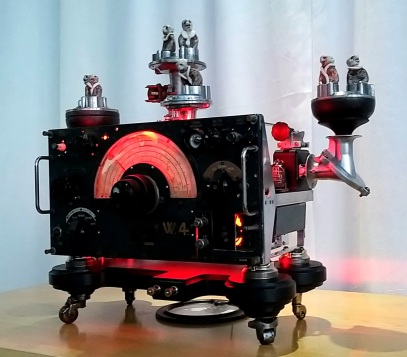 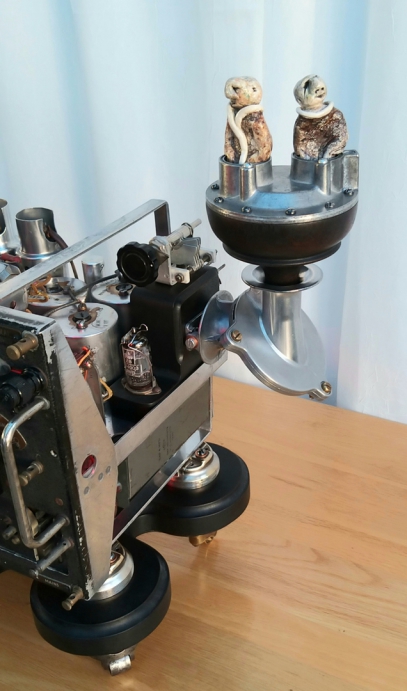 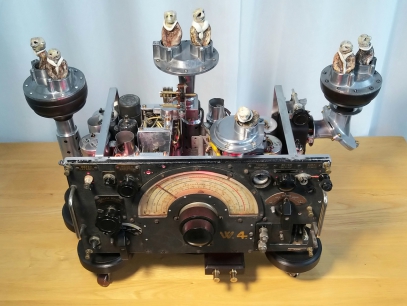 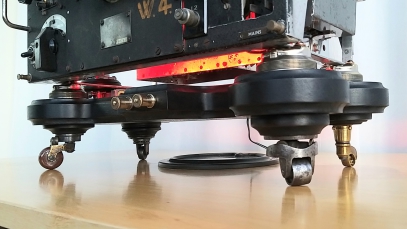 Ebonised platform from underneath, showing the castors. 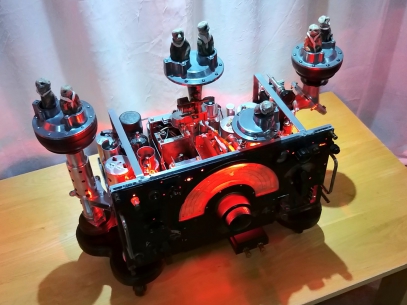 The next 2 images are of the platform that I made from Mahogany, then ebonised it black. The electric terminals are Antique Edwardian lacquered brass. The castors are all different designs and lengths, are circa 1930s 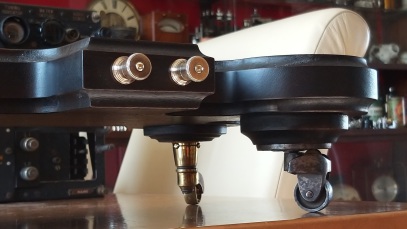 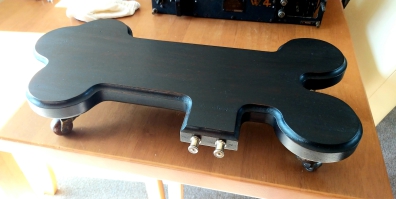 Rear of  'Searching for God'. 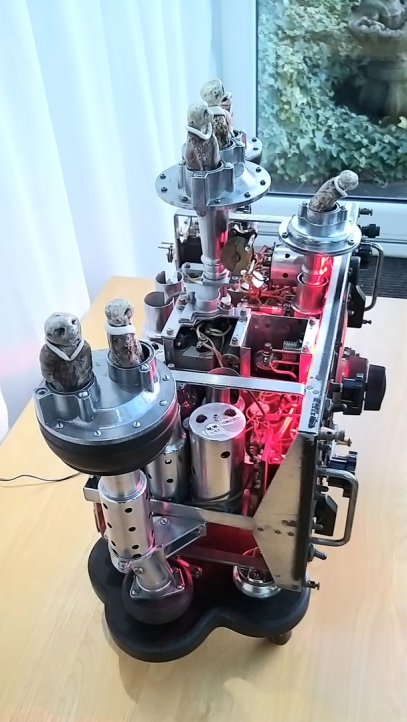 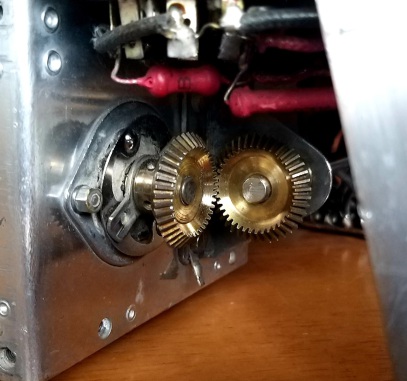 Some of the fabricated Aluminium supporting Top Tower. Illuminated by LED lighting fitted into both upper and lower sections of the receiver. 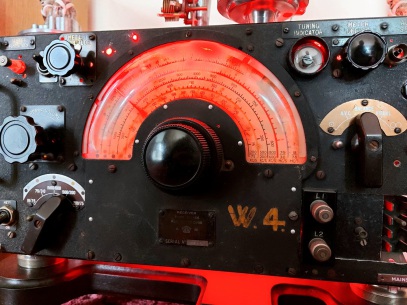 These next 4 Images are of the R1155 Receiver before spending many hours restoring it, but still retaining its character, and before creating the sculpture on and around it. 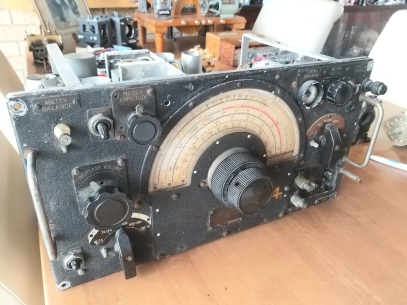 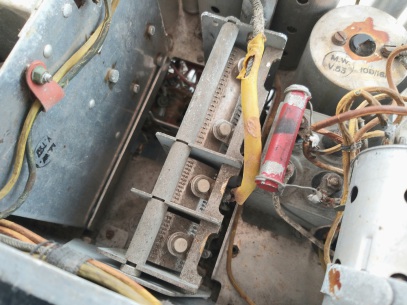 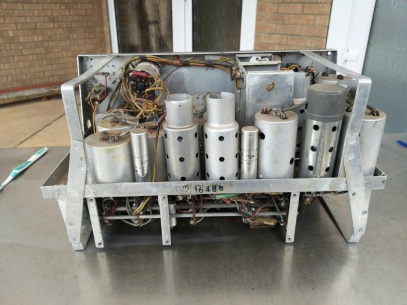 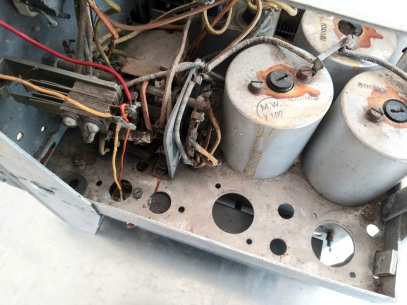